Chandler Griffin knew he found his next big project the moment he set foot inside his new building at 2223 Montana Ave.

Sure, the 1920s-era structure, essentially vacant for 11 years, was worn, with a broken elevator, bad wiring, no air-duct system and a leaky roof. Insulation was falling out and covering the top floor.

But Griffin said the bones were there for redevelopment. He bought the building and moved in around the beginning of 2016 and set up shop for his brokerage firm, Mountain West. He now has his first tenant and is in the middle of a $3 million remodel, which includes public money, for the space known as the Sawyer building.

“As soon as I walked into this building, it was different. I’ve been in a lot of buildings, and (this one) applied to everything I see in design, that I see in trends moving forward. It had the wood, the historical feel, that restoration-type feel that I wanted to modernize,” said the 29-year-old Billings man, who is also a partner in his family firm, Griffin Development.

At the beginning of May, he welcomed Helena-based Diamond Construction for its first Billings office. Griffin has also signed a lease with another tenant, Stahly Engineering, to occupy upstairs space.

Griffin has a grand vision to extend the vibrancy of Montana Avenue another block east and thrive next to another new venture, Last Chance Cider Pub, operated by the owner of Red Lodge Ales, Sam Hoffmann.

In addition to office space, Griffin is working with one tenant that is considering launching a distillery and another who’s mulling opening a restaurant. Over the years, the building has been an ice cream parlor, the Spaghetti Depot, a grocery store, antique store, warehouse and other businesses.

“Everybody is excited about this building. We’re waiting patiently,” he said, adding that about 14,000 square feet of vacant space is available. 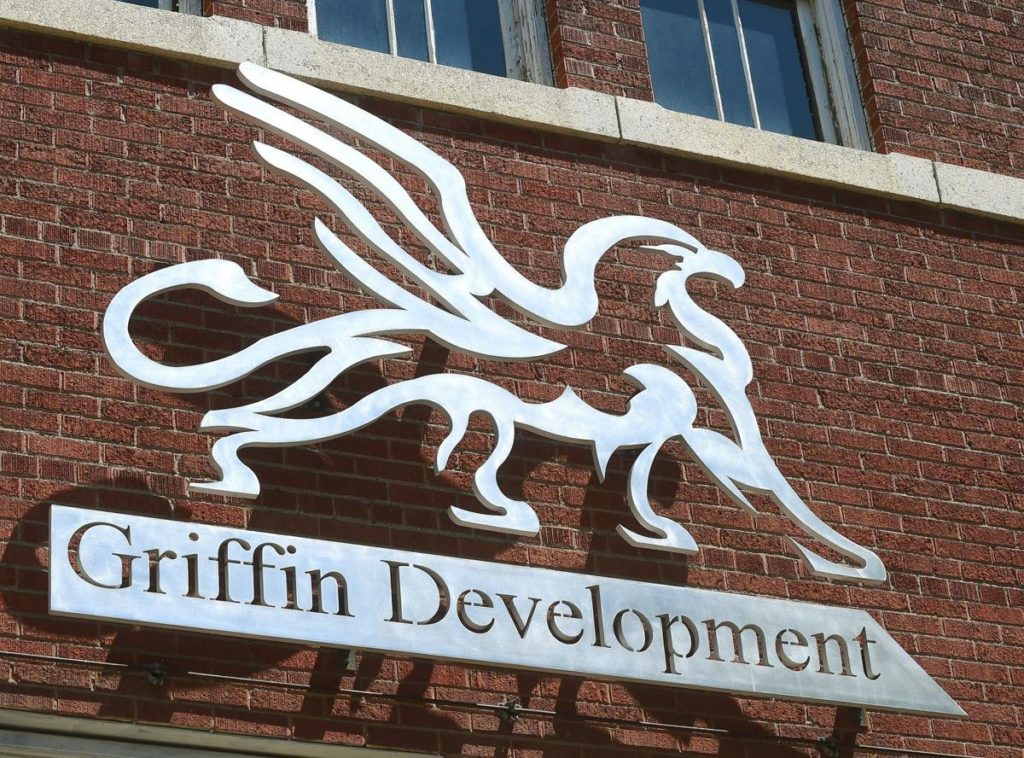 Griffin is seeking $450,000 in downtown tax-increment financing from the city of Billings. Those dollars would mostly pay for things to bring the building up to code, including replacing an ancient elevator, installing a sprinkler system and fire exits, paying for engineering and other improvements.

Tax-increment financing, or TIF, gives authority for local governments to reimburse developers for some improvements, including safety and design enhancements for older buildings that improve their taxable value.

“We need to be at a lease rate that people can afford, but provide a product that nobody else has… That’s the balance I’m trying to find. That’s what TIF brings us the opportunity to do,” Griffin said.

Down the road, Griffin said his development is looking at building housing downtown, with the idea of bringing new customers for the restaurant inside his Sawyer building.

Other investors in Griffin Development include parents Max and Janine Griffin, who have operated several Billings-area businesses over the years. They founded Action Electric and own Central Wellness.

The project is being funded through cash, equity investments and a bank loan.

For first tenant Diamond Construction, the space is an ideal fit for a firm known for its restoration and remodeling work, said Brooke Logan, president of Diamond’s Billings branch.

“The bread and butter of our firm has always been remodel. This building and this lease space speaks to that,” Logan said.

With Diamond and Stahly, Griffin said he’s trying to create “one-stop shopping” for building and development services under his one roof. Location is key, he said, noting that the city’s engineering building is just across the street and CTA Architects a few blocks away.

Diamond Construction is a 32-year-old company that is bringing about 10 employees to the building, Logan said. She moved to Yellowstone County two years ago to launch the Billings branch from her home.

The company’s projects locally include security upgrades at the Yellowstone County detention center, a remodel of the ShopKo optometrist area and a remodel of the former Del Taco restaurant on King Avenue into a Lucky Lil’s casino.

Diamond has a great chance to expand in the new office, she said.

“Visibility, marketing, all that is nice. Plus you have a space for clientele… It’s just a great place to collaborate,” Logan said.